The Most Shorted Stocks in UK in 2021

The Most Shorted Stocks in UK 2021

Investors and day traders who short stocks aim to make gains when the stock loses value. They are expecting the price of the stock to fall so they essentially predict against it.
Shorting a stock is a little more involved than buying a share of a company. It’s also considered riskier because there is technically no limit to the losses you could incur if the stock price rises. Still, many investors find shorting a stock to be a valuable strategy to take advantage of volatility or market declines. They may also use shorting in hedging strategies that can mitigate losses from stock positions held long.

You can use short strategies for the same reasons – to earn profits on stock price declines or to help protect your gains in your securities portfolio. You may want to short a stock if you think its share prices are inflated or if you believe the company is about to face financial struggles. Shorting a stock is typically used more for short-term trading opportunities versus long-term investments.

Short selling can have some significant benefits to investors, but it often comes at a higher price. Some of the most expensive stocks to short are ones with high fees for borrowing that eat into profits. Those fees can increase amid high demand, which is another good reason for using short selling for short-term gains instead of aiming at long-term results.

What does shorting a stock mean?

To short a stock, you first borrow the shares and then sell them. Then, you can purchase the shares again to return to the lender. If the share prices have fallen in that time, you earn the difference between the price at which you borrow and the price and the price when you sell the stock. However, if those shares rise in price, you lose money.

Below are some of the high short interest stocks on the London Stock Exchange.

5 most shorted stocks in UK

Metro Bank, which launched in 2010, is a retail and commercial bank based in London. Its shares began tumbling in early 2019 when it said it did not have enough funds to meet regulatory standards because it had misclassified some commercial loans. It also lost some of its top executives amid the accounting flubs.

The bank saw its shares decline by more than 75% in the months that followed, and its deposits are starting to fall as well. Amid ongoing negative sentiment, investors held more than 13% of its shares short as of June 2021.

Sainsbury’s is one of the largest grocery store chains in the UK, claiming about 16% of the market share. The struggling company has 11.21% of its shares held short as of June 11, 2021.
The supermarket industry is highly competitive. Sainsbury’s, founded in 1869, faces stiff competition from newer discount chains like Aldi and Lidl that are improving their products. It must also compete with high-end grocery stores.

While Sainsbury’s has recently seen an increase in sales thanks to high demand from the pandemic, its profits have been declining. In its most recent quarter, the company reported grocery store sales rose by 7.8%, but profits declined by 39%.

London-based Cineworld Group, the second-largest cinema chain in the world, has been grappling with slow sales, in part as a result of the pandemic keeping people home watching streaming services. The continually improving content from the likes of Netflix, Disney+ and Amazon Prime allows viewers to watch cinema-like programs from the comfort of their couch. That is putting a massive strain on the movie theater industry.

Even before the pandemic hit, however, Cineworld saw revenue and profit sliding on sluggish admissions. The company has about 10% of its stock held short and has been among the most shorted stocks in UK for about two years.

In addition to significant sales declines, this company is also shouldering a good amount of debt.

Based in London, Petropavlovsk Plc is a gold mining company that operates in Russia – and it’s embroiled in controversy. About 10% of its shares were held short as of June 2021.
The company’s instability is related to scandals surrounding its previous interim CEO.

Managers of the company’s mines raised concerns about his experience, which eventually led to an investigation that resulted in destroyed information and software critical for the company’s operations. Now, Russia is investigating the matter with a criminal probe so the stocks are being shorted by traders even more.

Domino’s Pizza Group Plc, which holds the rights to Domino’s franchises in the UK and Ireland, was once among the go-to food delivery choices. With the rise of restaurant delivery apps like Uber Eats, customers have a growing number of choices for meal deliveries.

That kind of competition has had a negative impact on the traditional pizza delivery companies like Domino’s, so these companies are attracting short sellers. Investors held 9.9% of Domino’s Pizza Group Plc shares short.

If you are looking to take advantage of potential declines, consider joining the short sellers in one of these five UK most shorted stocks. Or perhaps you’ll find opportunities in some of the other most shorted stocks in UK such as Royal Mail (RMG), Tullow Oil (TLW), or Hammerson (HMSO).

Want to start shorting stocks yourself? Try our trading challenge and get a chance to win a $14,000 funded account. 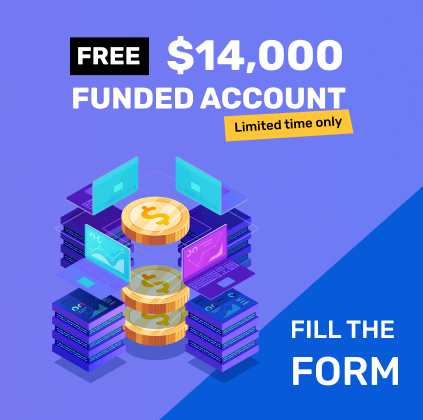 What is the Best Time Frame For Day Trading? Find Out What to Use in 2021

What is Algo Trading? All You Need to Know in 2021

Scalping in Day Trading – All You Need to Know

Stock Gumshoe Review: Is it worth it?