A number of key factors indicate that the US economy may lapse into a period of recession. The world economy has a cyclical nature of development, and the US stock market is largely dependent on global indicators. That is, if the worldwide slowdown becomes more significant, this can scare investors and make them shed many stocks. A potential stock market crash can result in massive financial losses, which means that investors’ portfolios may suffer significantly without due diligence being taken.

The income of investors is one of the essential factors of the stock market rally. If their earnings drop, the stock market also falls. In the first quarter of 2019, 76 companies from the S&P 500 list issued negative financial reports, while only 27 of them stated positive results. This ratio of negative and positive statements is three to one, which is an alarming indicator of the current financial state of the market and its volatility.

Another sign of future problems has been the highest rate of stock volatility unseen for ten past years along with overpriced shares that formed so-called “bubbles”. The unstable market situation usually leads to higher trading risks, which requires traders to take proper risk management measures against this perceived volatility.

Mortgage and corporate lending rates are also based on treasury bonds, and the yield of 10-year treasury bills has risen to their highest levels unseen since 2011. This can also lead to a  recession with stock prices falling, and the stock market crashing, just as it did in 1929 and 2008.

Some market analysts and economists have been warning that we are in an era of rapid unsustainable growth and are headed towards another bubble.  One such analyst is Michael Horan who stated “As soon as next year the next recession is really frightening because we don’t have any stabilisers. We are replaying an age-old storyline of financial bubbles that has been played many times before”.

These warnings must be heeded if we are going to have a recession free new decade, not by the average person on the street but by the captains of the financial industry who take risks at the expense of everyone as they become collateral damage in the next inevitable financial crisis.

At present, it is difficult to predict exactly when a stock market collapse will occur. However, many financial analysts believe that the risks are extremely high in 2019. More economic data must be studied as well as leading stock market indicators. The reality is that multiple indicators of the US stock market are blinking warning signs leading to imminent meltdown. In the middle of 2019, consideration must be given to different indicators of this trend.

For example, the Dow Jones Industrial Index (DJI) is almost on the uptrend line after the recovery in 2009. This index does not imply a serious breakdown of the uptrend line. Even the collapse of the dot-com bubble in 2000 did not qualify as a stock market crash. At that time, only the NASDAQ index showed a real failure, while other indexes did not demonstrate a complete collapse and were improved a short time later. These facts are encouraging, but they also indicate the frequency of mistakes that forecasters make.

What Are the Interests of Those Who Say That the Stock Market Will Crash?

According to a recent survey, made by the New York Times, almost half of all business leaders state that the US may face a collapse of the financial market by the end of 2019 or, as a last resort, in 2020. These business leaders and CFOs, who are mostly concerned about the corporate treasury, usually predict the stock market crash publicly, but they seem to have other long-term goals. The fact that Wall Street sounds an alarm does not mean that the US stock market will definitely collapse in 2019.

The crisis may happen in 2019 or 2020. However, previous historical events have shown the duration of crashes, corrections, and bear markets. At the same time, some people have expressed their own opinions regarding the current situation and try to earn based on bearish movements. Thus, some traders can decide to get rid of a perfectly good long-term investment, and this is always an excellent opportunity for other tycoons to invest money in some promising ventures. Investors may also have tangible reasons for withholding based on their choice despite crisis warnings.

I am a momentum day trader who mostly trades large cap stocks. I enjoy helping others learn how to trade. 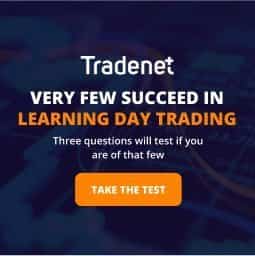 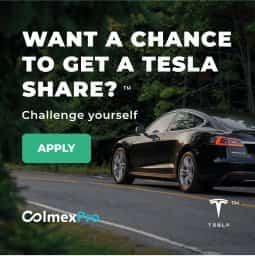 Leave your details below to proceed